To me it’s just a matter of feeling.

Amsterdam Squats: A Culture Of Resistance 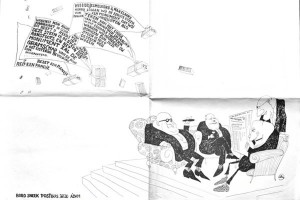 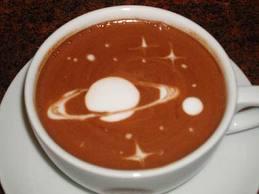 …
While it didn’t take long for rave’s warehouse utopia to get closed down, some unofficial venues managed to wrangle their newfound cultural status for good. The OCCII is one such building that has its roots in the squatters’ movement, finally becoming a ‘legal’ venue in 1989 after five years of feuding with the police and authorities. During the 80s, the focus of the squatter movement shifted from the housing shortage to more cultural activities, with some political alignments: self-government instead of centralised bureaucracy, livability instead of economic growth, preservation of existing buildings instead of demolition and new development, and the safeguarding of community culture instead of paving the way for mass consumption. The OCCII, whose name translates as Independent Cultural Centre, has put on music and cultural events as a sign of resistance from the very first day.

The initial impression of the OCCII is its carefully restored façade. Built in 1883 as a stable for horse-drawn trams, the wooden front has been carefully re-built, paying close attention to the original design by Dutch architect Abraham Salm, essentially bringing the old building back to life. The colour scheme of white, blue, red and yellow on woody ochre means that the building conspicuously resonates on the street. There’s something powerful about the restoration: it shines like a spectre from across the centuries, a monument to sustainability in defiance of urban re-developers. As a stable, the former use of the building was essentially a positive one, a place to renew and refresh, and it’s a spirit the OCCII maintains.

The soundtrack to the kind of struggles the 200 capacity venue has faced throughout the years has been varied. From free jazz, hardcore and punk DIY, to minimalist composers, dub, jungle and acid house-inspired 303 freakouts, anything that puts the mainstream into sharp relief can offer a different perspective, and the OCCII explores many of these outer edges. Several groups of promoters work on the music programme, and a typical week might see improv-noise trio Fully Blown on the calendar next to wave synthusiast Das Ding, or acoustic and tape machine group Woods next to Sublime Frequencies’ renowned dial-surfer Alan Bishop. The extended psych workouts of Acid Mothers Temple, or the hypnotic Casio marathons of Heatsick, for example, offer a respite from the incessant replays of quickfire news feeds and tired formulas.

This music isn’t as openly political as a song like Leon Rosselson’s tribute to The Diggers, but it doesn’t have to be – honest non-commercial expression is all that’s asked. People come to the OCCII for the music, but also for the community. As Sjoerd Stolk, the OCCII’s tireless dynamo, says, ”Some people think that a lot of the DIY ethos from the 80s stemmed from a negative reaction to what was going on around them, but I don’t see it like that. To me it’s just a matter of feeling. I couldn’t find a venue with feeling, so I took the responsibility to find something myself.” This pro-active, independent spirit runs through everything that happens at the OCCII, from bands and labels selling their own home-made tapes, 7″s and t-shirts, to the screen-printed flyers, hands-on attitude of volunteers and a conspicuous absence of doormen.

The OCCII doesn’t just stand on its own either: it’s part of a wider complex of buildings and associates that surround its courtyard, and the music venue compliments a vegan restaurant, a children’s theatre, rehearsal studios, a bike workshop and a library with an emphasis on anarchist literature. Browse through their shelves, and you’ll find books on everything from feminism to property, from anti-capitalism to Dada and Surrealism. Everyone is welcome, there’s no soapbox and visitors are free to pitch in and get involved.