“Not a session for Smooth Jazz fanciers”

Half- facetiously Emily Remler once joked that she wasn’t really a young female Jazz guitarist, but the reincarnation of an old male jazz guitarist from years earlier. The same jape could be applied to Ryoko Ono. Instead of really being a young saxophonist from Nagoya, Japan, she could be the reincarnation of Cleveland’s Albert Ayler, who would be 80 of he was alive today, a lot older than Wes Montgomery or Grant Green would have been if Remler saw them in the 1970s.
At the same time in terms of the ferocity, the way she and Dutch drummer Rogier Smal blitzkreig the nine untitled tracks have the velocity and power of fictional Spinal Tap guitarist Nigel Tufnel showing how the usual zero to 10 volume knob goes up to 11. From the get-go, like the desiccated vocal tones of her namesake, Yoko Ono, Ono’s reed program is nearly always altissimo pitched or higher, sharper than a fencing saber and shrill enough to inflect flesh wounds on any of the ears’ receptor organs. On “Wood Moon 4” she moans in a raspy, syllable-retching delivery that makes the vocalizations of Ayler and Y. Ono appear almost dulcet. With sophisticated technical command of her instrument as well, she tongues elongated phrases from her alto without a pause almost before she finishes intoning.
Ono, who is also part of the SaxRuins duo, and Amsterdam-based Smal, who has played with similarly outer-directed saxophones like Marshall Allen and Colin Webster, have also adopted Punk Rock-like condensed rapidity to Free Improvisation. As robustly quirky in his playing as she is in hers, Smal gives as good as he gets. If she wallows in the prickly spaces between timbres with bagpipe chanter-like overtones, he sets up a reasonable rhythmic facsimile that challenges and accompanies at the same time. “Wood Moon 9” for instance, may be described from Ono’s side as a symphony in screech and multiphonics, but here, as throughout the disc, his balanced cymbal clunks, whapped bass drum pressure and pulsated rolls clear a contrapuntal yet unswerving path through the miasma. Like a canny physiotherapist who knows exactly how much pressure to apply to the affected area, a track such as “Wood Moon 7” makes Ono’s output sound controlled as Smal mates it with maracas-like shakes. Never doubt that Ono is in control of her horn as well. Eastern Europe-styled freylach-styled saxophone timbres are heard after multiphonic runs on “Wood Moon 6” for instance. This downshifted interlude lets the drummer’s cymbal echoes and thunderous rolls do the heavy lifting.
Not a session Smooth Jazz fanciers or those who insist on coherent story telling will like. But if you’re inured enough to noise for its own sake – as anyone who has been listening to Rock music since the 1960s should be – then Wood Moon may impress on investigation. 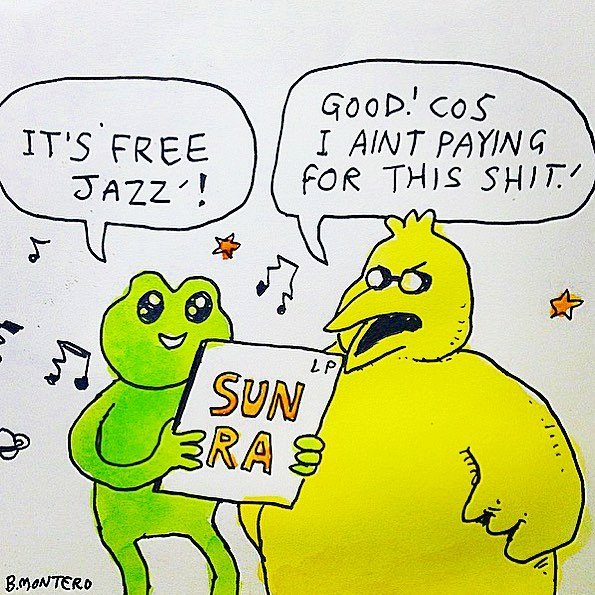 I first encountered Ryoko Ono as part of the pugilistic Sax Ruins duo at the Tusk festival in Gateshead last year. There, her razor-edged horn phrases tessellated into drummer Tatsuya Yoshida percussive flurries to create raw and intricate patterns that seemed at once too complex to be wholly improvised yet too fast moving and instinctive to reflect any compositional structure. If this duo with Dutch drummer Rogier Smal isn’t quite so intense, it still exudes plenty of aggressive energy for eager listeners to feed off, Smal’s swaggering beats opening up plenty of space for Ono’s blistering horn lines to blast on through.

Ono is, as you’d expect, in blistering form throughout, the diamond shards of her Sax Ruins playing allowed to stretch out into deep and wide calls. There’s no empty bluster here, though. For every overwhelming volcanic torrent – check out track 5’s sandpapery waves, for example (none of the tracls have titles, by the way) – there’s a shower of glorious sparks, as in track 7’s wriggling, high squeaks. The penultimate tune is even better, Smal setting things up with a kinetic run of brushes on snare before Ono joins for an extended circular breathing workout, the duo’s onward momentum like some intrepid pair of adventurers locked together as they plummet over a waterfall.

I’ve heard Smal in a few free improv configurations before now, in a pairing with Manchester based guitarist David Birchall as well as a trio with Birchall and saxophonist Cath Heyden, but this is the loosest and jazziest I’ve heard him play to date. Occasionally he launches into a polyrhythmic lurch that’s reminiscent of Steve Noble, as on the opening cut, where he rolls around his kit in a liquid rush, Ono firing out correspondingly sinuous phrases that are downright melodic at times. Elsewhere he dials down the grandstanding – on track 6, he confines himself to languorous tom thuds and cymbal crashes as Ono gives vent to a series of full-lunged, almost Brotzmannesque sax rasps.

With nine relatively short pieces Woodmoon never outstays its welcome, pitching the duo’s deep engagement with one another against just enough stylistic variety to keep us listening, and the odd quirk – the spoken word section in Track 4 and the bubbling gloop and screech of the final piece – to widen the palette enough more. What’s interesting is how the boisterousness of Smal and Ono’s playing never quite tips over into open warfare. Instead they engage in an sonic version of the old paper-rock-scissors game, with the lack of an overall victor resulting not so much in stalemate as eternal cosmic balance. 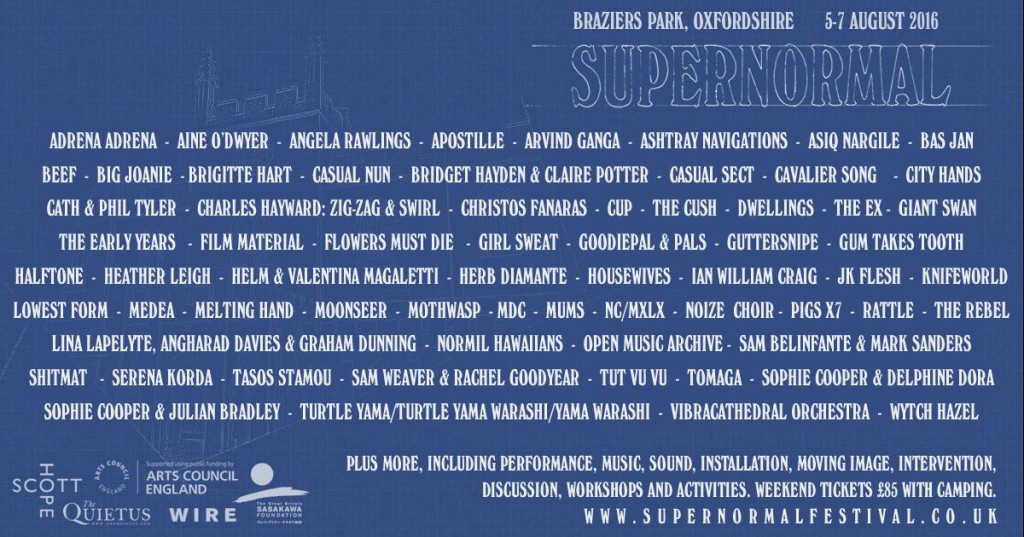 our boy ARVIND GANGA is playing the supernormal festival this sunday !
(oh, and there are more friends playing, like THE EX +++ b-boy CITY HANDS)

Supernormal Festival 2016
SUPERNORMAL is a three-day, experimental arts and music festival taking place at Braziers Park in Oxfordshire. It offers a platform for artists, performers and musicians to work collaboratively and creatively for a new kind of audience seeking experiences out of the mainstream. It is determinedly small and intimate with an audience of 1,500 and has been born from a place that values the currency of ideas and imagination rather than commercialism and profit.
https://www.facebook.com/events/108132282928186/ I feel very sorry, but for personal reasons i had to cancell the rest of my UK shows that were planned for the comming week.