We’ve joined forces to make jazz more sexy and dangerous, (because it is a lonely world !)

Rogier is going back to the UK next week to do some recording sessions with The Schwimmbad Quartet (David Birchall, Otto Willberg, Sam Andreae and Rogier Smal) and with Dylan Nyoukis as a duo.
And he’s also playing some shows. Hope to see you Britts out there, because it is a lonely world !

YEAH YOU is the duo of Elvin Brandhi (FKA Ekasilicon, vocals mostly) and MYKL JAXN (Monotribe mostly). They make up mostly electronic pop music on the spot as a means of producing performance video and crafting meaning out of quotidian fabric, and then taking it to the stage. They are intensely committed to the application of constant agency, using every vacant moment of the day or night (e.g. short car journeys as part of daily routine) as opportunities to make new song videos and to keep the skills sharp. As a result, they are what people generally consider ‘prolific,’ although they themselves regard any means of creative output that isn’t ‘prolific’ as unnecessarily and detrimentally hampered.

Yeah You – Live at the Old Police House [Algorave ’15] from WILD POP on Vimeo.

GRETA BUITKUTE A vocalist and she improvises. Both in her live performances and when working with recorded music, when sampling bits and pieces and when drastically glueing them different creatures togetha, hybrid.
It is in Newcastle upon Tyne that three years of collaborations were most persistently arousing her curiosity in the whole array of musics and arts, but especially, curiosity in music that defies expectations, an element of surprise in a moment makes you jump up and exclaim ”I’m so stoked!”. Now based in Manchester Greta is working in (and outside of) different genres of music, and hunting for dee exclamation marks all along.

BIRCHALLDRENCHINGMARKS
DAVID BIRCHALL is a guitarist living in Manchester and one of the key figures in the city’s currently very rich and active free improvisation and noise scenes. He is a highly original guitarist whose highly visceral approach to the instrument combines remarkable musical sensitivity and appalling physical violence. THF DRENCHING is a free improvisor and composer of musique concrète, based in Manchester, England. As an improvising dictaphone-player, he was one fifth of Derek Bailey’s final band Limescale. He was also half of the bricks and dictaphone duo Pleasure-Drenching Improvers. As a composer, he’s made about seventeen albums of musique concrète, electronic music and various dubious amalgams.
PHILLIP MARKS has been an energetic and inspiring force in improvised music in Manchester for over two decades. As a drummer and percussionist, with his group BARK! he has developed a uniquely animated approach to the instrument and to collective group improvisation. He performs with pianist Stephen Grew in Grew Trio/Quartet, in a Quartet with Tony Bevan, Dominic Lash and Paul Obermayer (Recording “A Big Hand” released in 2010) and in the Alan Tomlinson Trio.
Has also played with Derek Bailey, Evan Parker, John Butcher, Phil Wachsman, Marcio Mattos, Pat Thomas, John Edwards among many others as well as performing as a solo percussionist.

Cost five quid to get in.

David Birchall is one of the most engaging improvising musicians currently in the UK. With his shamanistic approach, and breath-taking technique, he is one of the key figures in the highly fertile improvised music scene in Manchester. David has performed widely in the UK and Europe, and recent collaborators include: Sam Andreae, Andrew Cheetham, THF Drenching, Philip Marks, Otto Willberg, Greta Buitkute, Ollie Brice, and Richard Scott.

Alex Ward’s variably-sized ensemble was initially formed as a quintet to perform the extended work “Glass Shelves And Floor”, and subsequently expanded to a sextet to record the “Projected/Entities/Removal” album (both available on Copepod Records). It currently operates both in its full capacity and as various smaller subsets, and tonight’s 4-piece incarnation offers a music equally grounded in poised chamber intimacy and collective energy-music enchantment.

Olie Brice is a jazz and improv double bassist living in London, and the leader of the Olie Brice Quintet. He also plays in a trio with Tobias Delius and Mark Sanders, and is a member of the Nick Malcolm Quartet and Mike Fletcher Trio among many other projects.

Tom Jackson is a clarinettist and saxophonist based in London and Brussels. He is largely dedicated to the fields of contemporary classical music and free improvisation, and regularly performs with European improvisers and contemporary ensembles.

Rachel Musson is a saxophonist, improviser and composer living in London. She led and wrote the music for the band Skein, and currently plays in many improvising groups including trios with Liam Noble/Mark Sanders and Julie Kjær/Hannah Marshall, and duos with Olie Brice and Corey Mwamba.

Alex Ward is a composer, improviser and performing musician based in London. Besides working in many freely improvised combinations, he leads the bands Predicate and Forebrace, and is the guitarist, singer and co-writer for the 2-piece rock band Dead Days Beyond Help. 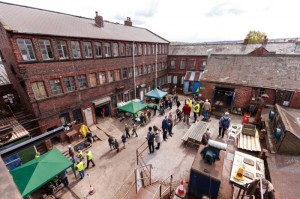 Following a split tape of solo percussion, rogue-narrative drummers Pascal Nichols (Manchester) and Rogier Smal (Amsterdam) are touring together wherein each night they play as a trio with the third spot is taken by a different performer. In Leeds they will be joined by the ghostly ice-shard gasps and birdlike squeaks ‘n’ shreiks of vocalist Greta Buitkute for a transfigurative group improvisation.
You may have seen Pascal shaking out polyrhythmic mandalas in renowned duo Part wild horses mane on both sides or Rogier’s whirlwind skitter with the likes of Dylan Carlson, Ryoko Ono, Eugene Chadbourne or Marshall Allen. Whatever these three come up with it promises to take us through a sonic field both dizzying and galvanising.
Pascal and Rogier will both be playing a solo set.

Wharf Chambers Co-operative Club is a members’ club, and you need to be a member, or a guest of a member, in order to attend. To join, please visit wharfchambers.org. Membership costs £1 and requires a minimum of 48 hours to take effect.

A VERY PIECE OF MIND BON 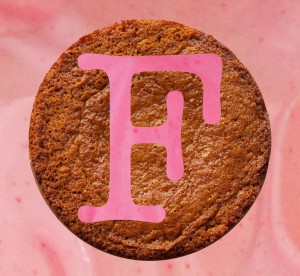