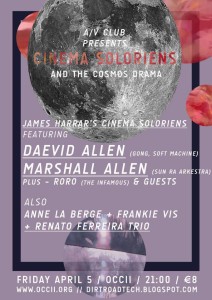 The project places attention on artist collaboration, exploring the moving image with live performance and when combined, an attempt to reveal deeper levels of interpretation within Harrar’s visceral film poems. These presentations also celebrate the early beginnings of cinema, providing live music to support and elevate the silent movie experience.” 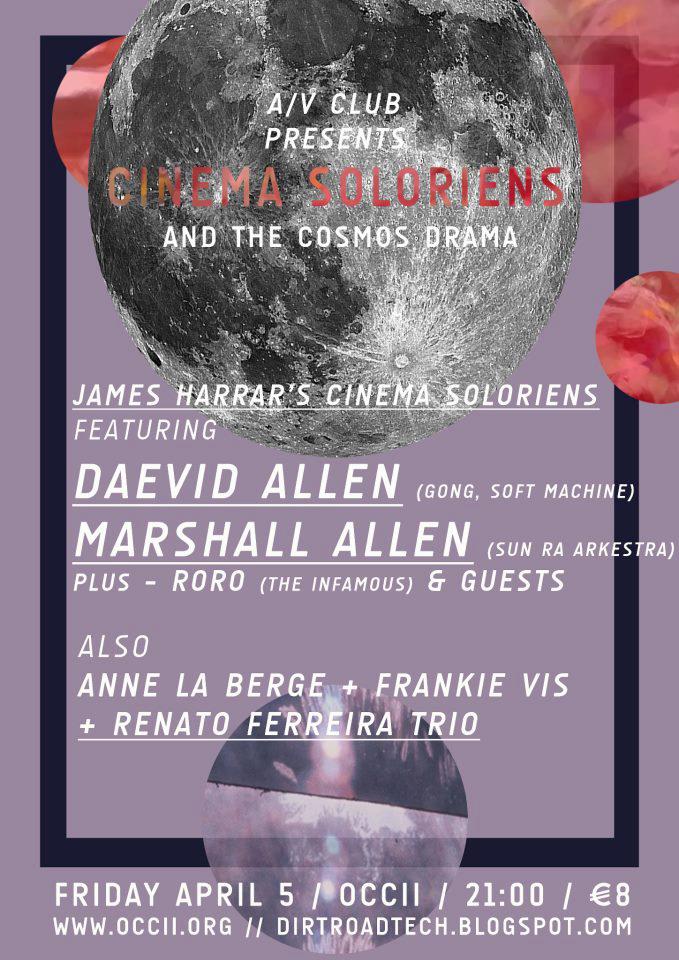 The Half a Crown Tour Winter/Spring 2013

4-Band on the Wall, Manchester *** My Education *** (On tour from Texas)
A 6 piece instrumental ensemble all the way from Austin, Texas.

Their latest album ‘A Drink for All My Friends’ is released on Golden Antenna in Europe on Sept. 28th 2012 and on Haute Magie in the USA on Oct. 4 2012. My Education has released 5 full-length albums, several singles, compilation appearances, and a 12″ vinyl collaboration with avant-hip hop duo Dalek.
Recordings have been remixed by members of bands Kinski, Pelican, the Red Sparowes and Dalek.

My Education has done regional tours with both Maserati and the Red Sparowes and shared the stage with A Place to Bury Strangers, Kinski, Bardo Pond, Dalek, The Black Angels, The Sea and Cake, Warpaint, Alexander Hacke/Algis Kizys duo, The Soundtrack of Our Lives, This Will Destroy You, Sleepy Sun, White Denim, Radar Bros., Eluvium, Sian Alice Group, Don Caballero, Trans AM and many others.

*** Good Cop/Naughty Cop ***
In our performance for Two Bicycle Whees and Two Guitars, we use bike wheels to drive our guitar sound. The piece was recently selected for the KERNEL festival in Desio, Italy, from a jury consisting of Paul Miller aka DJ Spooky, Nicolas Collins, and Piero Chianura

*** Space Chicks in Trouble ***
from Bologna, Italy, consisting of Daniele Gianotta and Manuel Prat. Gianotta plays saxophone, mouth harp, and percussion in combination with electronics. Prat is originally a visual artist that has been busy for the past two years with lo-fi electronic improvisation. In the beginning of April they come to the Netherlands to give a series of concerts with GC/NC

*** The Lock ***
A new group that rises from the underground scene of Amsterdam.

It is a junction between free improv electronics and noise locked together in complementary phrasings of multi-noises and scary surprises.

All the directions are a possibility for the music and the trust of the musicians in each-other can be heard as strong as a the hearth of a predator in a jungle of sounds and energy.
The name “The Lock” is the best symbol of the communication between the players that go from one place to another in parallel motion without any pre-appointments or pre-compositions locked together by the musical experience of expressing all the ungustiation of a world coming to the end point.

Coming from completely different places (Brazil, Ireland and The Netherlands) the trio has been chained together on the spirit of free music making, from noise to silence.

*** DJ Skye ***
Playing the late night tunes, just in case you didn’t get enough music yet.