We’re tearing your Monday a new one with this mix! PQ, who you might know from Dagora, Puh Quh, Peter Quistgard and various other acts, presents us this blend of free jazz, noise and various other strange sounds, by the likes of John Coltrane, Sun Ra, Bobby Bradford & John Carter, Phil Minton, Yasunao Tone, The Electric Guitars, Charles Mingus, Cecil Taylor and Crash Normal. Good morning!

On Friday, De Peper (eatery / cafe OT301) will host an open stage (sign up until 18:00) with various performances. The artists’ platform Ukrop are presenting themselves at all locations, with five artists at the festival with audio and visual installations. Saturday features the Long Players Market for record hunters, and you can learn how to circuit bend and build your own experimental musical instruments during the two-day workshop by STEIM ,led by electronics specialists Phil Stearns (U.S.) and Peter Edwards (U.S.) On Sunday afternoon you can enjoy a mini-showcase of The Hague’s Antilounge label, some folky music, audiovisual performances, dance and theater in the OT301, Budapest and the Vondelbunker. At night in the OCCII the documentary “Do It Together” (DIT) is shown with Q&A of the people behind DIT and performances. Red Light Radio will exchange their red light room for a special location, in the center of the Vondelpark: the Blauwe Theehuis, for live broadcasting. 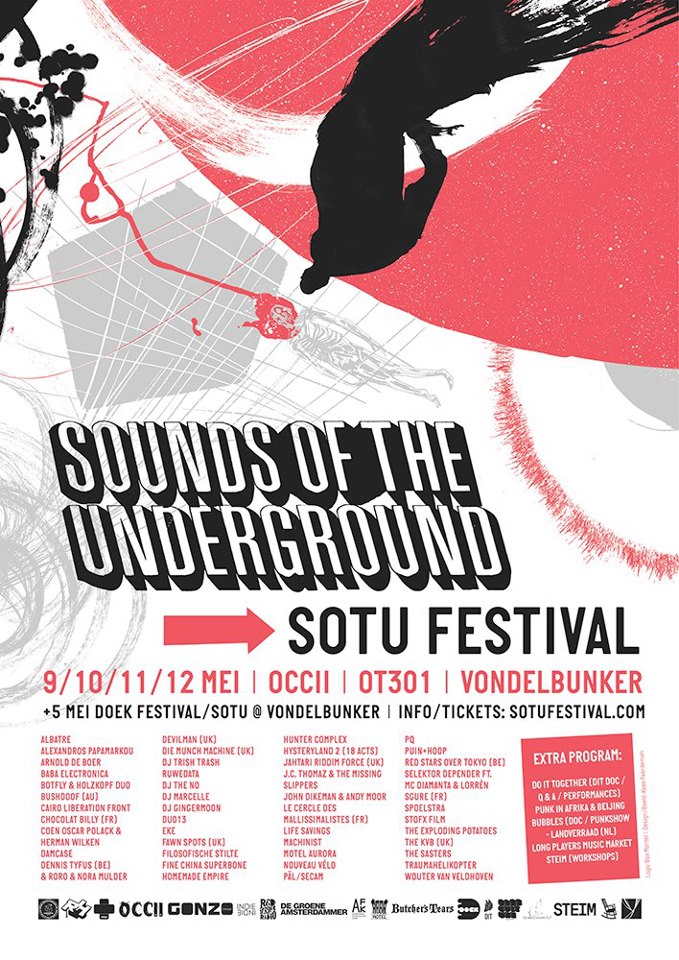 This entry was posted in Uncategorized and tagged MixCloud, PQ, SOTU. Bookmark the permalink.