this’ll be the first gig of the new year for me, just before i head to the UK for solo shows alongside “nacht un nebel” from nottingham and “lumbers” from brighton. 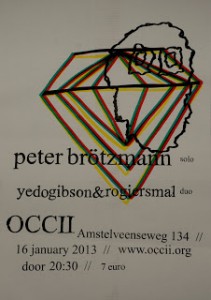 i appreciate that making tour events like this has no small amount of redundancy, but in alphabetical order because, well, why not:

Weird music played by nice people – in no particular order –

Gallery Cafe, London, E2 9PL – round the corner from the Museum of Childhood, 5 mins walk from Bethnal Green tube.
http://thegallerycafe.wordpress.com/

The venue is a not-for-profit veggie/vegan cafe, so come and sit and eat awesome vegan pizza with tea or beer and spin out to unearthly noises.
‘Doors’ 7pm but feel free to come any time before that, the cafe will be open as usual. First act playing 7.50-8pm sharp, music over by 10.30pm.

All money made after costs will be going to DIY Space for London
http://diyspaceforlondon.org/
Donations for that very welcome.

The debut event at Peanut Gallery, an artist-run living and work space in London.

Seats 25, so the first 25 people to email wesleygoatley@gmail.com will get a place. £5 entry, there’ll be wine and beer to be purchased, with all drinks proceeds going to the tour. A fine way to spend a midwinter’s evening.